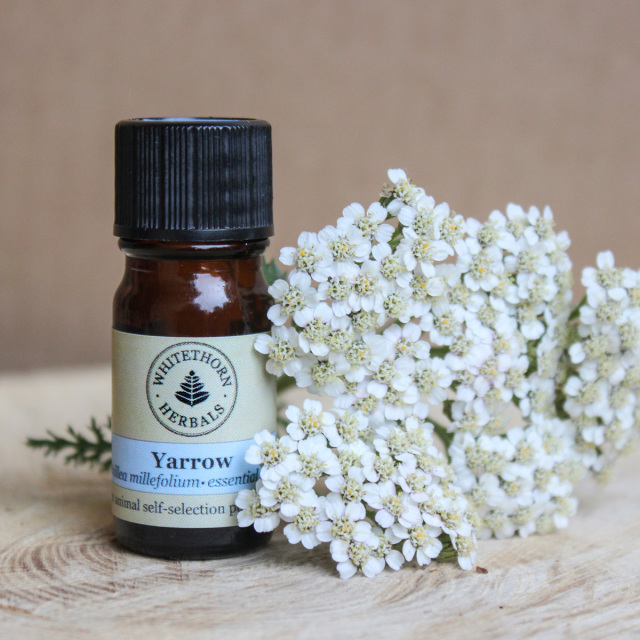 Horse often select Yarrow when presenting with the following symptoms:​
Add to Cart
Due to a reduced harvest yield last year, unfortunately Yarrow prices have sky rocketed. However unlike other suppliers, with Whitethorn Herbals you have the option to buy 2.5ml's (half a 5ml bottle as shown in pic) which still makes it financially possible.

Yarrow contains high levels of the anti-inflammatory constituent called chamazulene which gives it it's characteristically inky-blue colour. As well as being an effective anti-inflammatory it has also been seen to inhibit microbial action in laboratory conditions.
In the yard it is useful for urinary and kidney infections (along with Sandalwood) and for topical use on wounds and insect bites when selected.
When selected Yarrow also has the ability to release the emotional element from wounds and injuries.

Top tip!
Similar to Aloe vera, Yarrow essential oil will absorb into the skin until the required amount has been applied.  When the area has absorbed as much as it needs the oil will remain on the surface.